Rock salt has been mined at Lake Afrera, and the surrounding part of the Afar Depression, for centuries. Lt. Lefebvre recorded some of the hazards of mining salt from the Depression:

“This lake often changes its shape and place, which he expressed in these terms: the lake moves. Often, he added, on going to a place which the evening before was quite solid, you suddenly break through, and disappear in the abyss. But what is more frightful is the overflow of the waters: sometimes the lake rises like a mountain, and falls again into the plain like a deluge; entire caravans, men and beasts are engulphed. There are, however, precursory signs, of which mounted men only can take advantage, by flying at the utmost speed of the animals; occasionally some of them have thus escaped, and it is from them these terrible details are procured.” 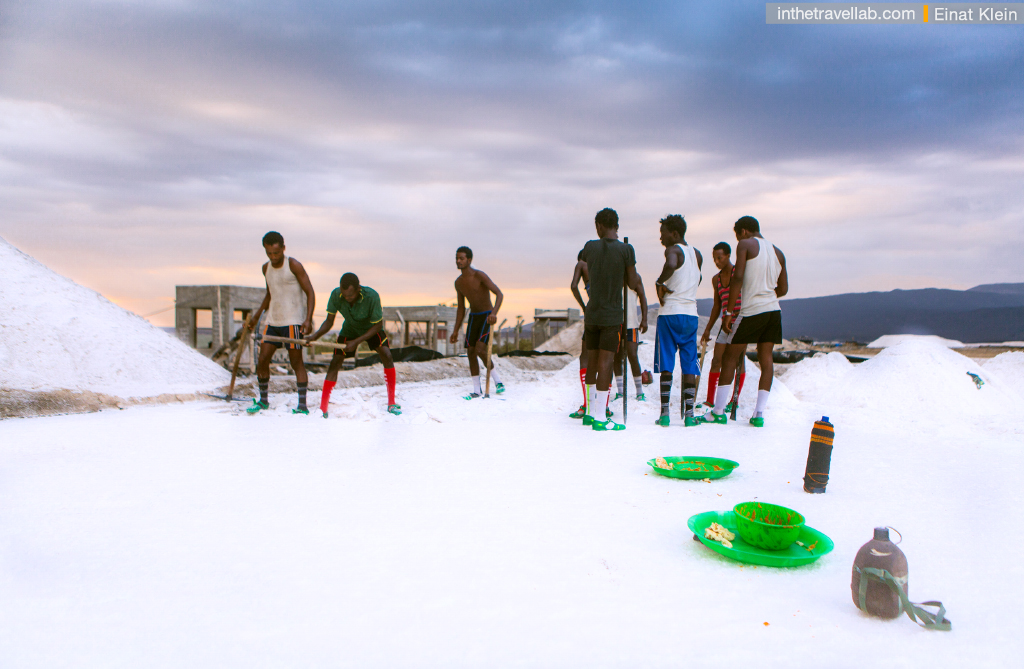 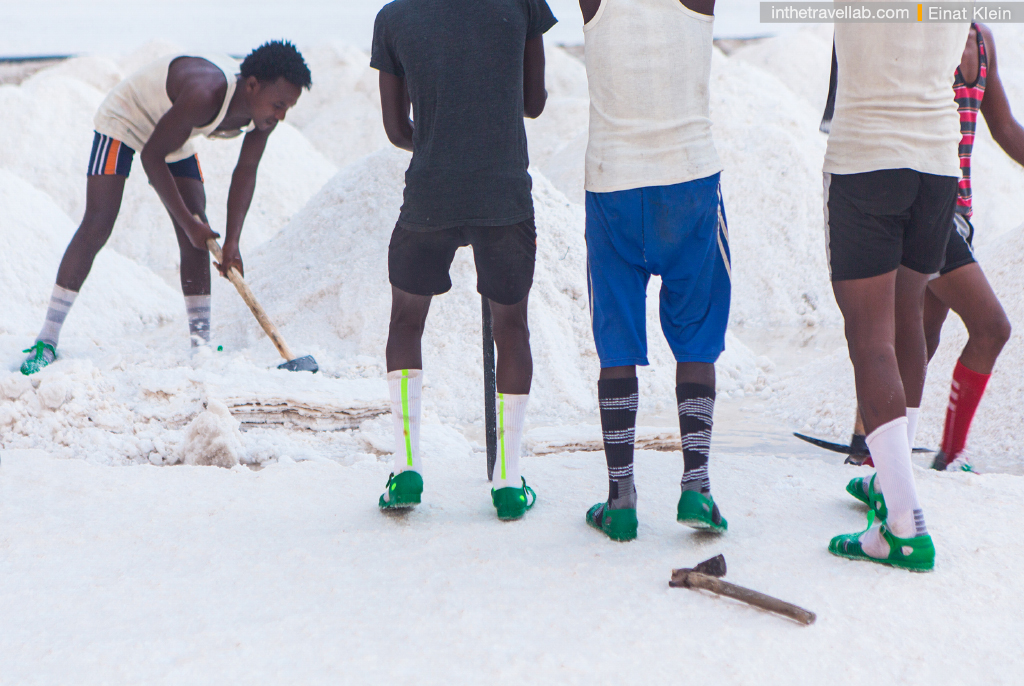 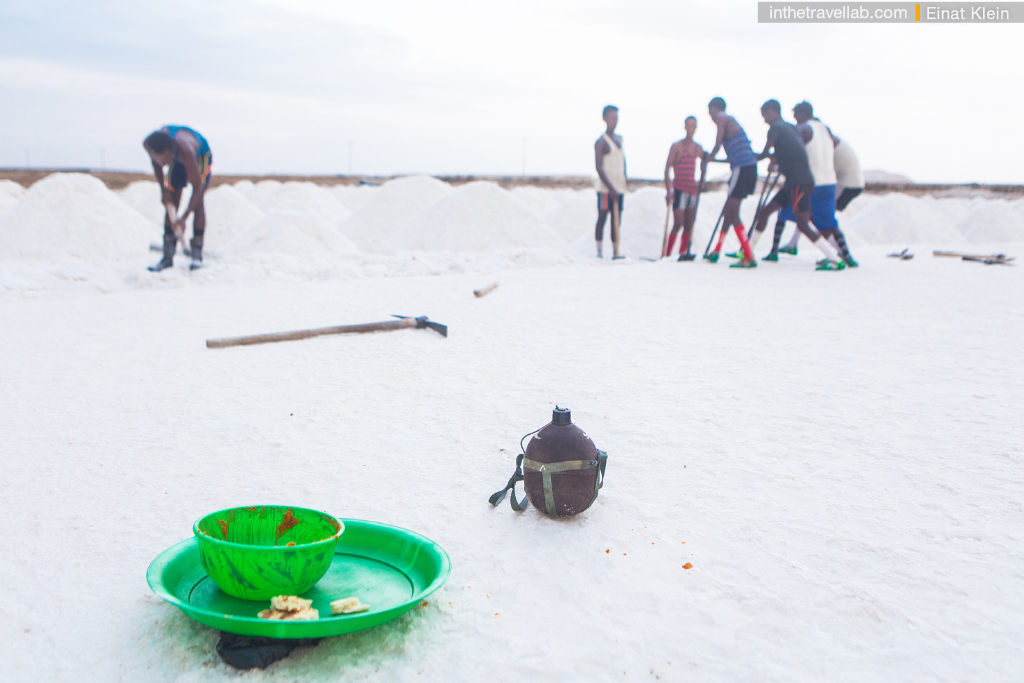