The Nyangatom tribe is usually not really likable at the first glance by anyone. In order to get to their villages, one must first cross the crocodile-packed Omo river on a handmade boat made of a hollowed tree trunk, then hike the stone, scorched desert on foot, while being hot, sweating and not finding a single bush or a tree for a shadow. However, all of this is just at the first glance, because at the second glance, it becomes clear how fun and unique this tribe really is.

Nyangatom live on the border with South Sudan and are considered one of the richest and the most prosperous tribes of the region, despite its seemingly problematic place of residence. Staying “on the other side of the river Omo”, Nyangatom are cut off from the rest of the country with a natural barrier (the Omo River), but the proximity to South Sudan and high population of the tribe (several hundreds of thousands of people) made ​​the tribe a perfect partner in the arms trade. Vast lands allow the tribe to graze a large number of cattle, and all of this makes the situation for the Nyangatom tribe one of the best among all the tribes in the Omo valley . However, now I would like to dwell not on how to buy a AK-47 , buy rather something that is not less interesting, namely, the women of the tribe.

As in all the other tribes of Ethiopia, from the appearance of a Nyangatom women, one can learn a lot about her social status, her place in the society, children, age and so on.

For example, look at this girl. The Nyangatom tribe women wear a lot of different beads on their necks, which they never ever take off. As a young girl, she gets her first strand of beads as a gift from her father and for all the years of her life she adds more and more. Sometimes you can see a woman who wears up to 6-8 kg of beads! 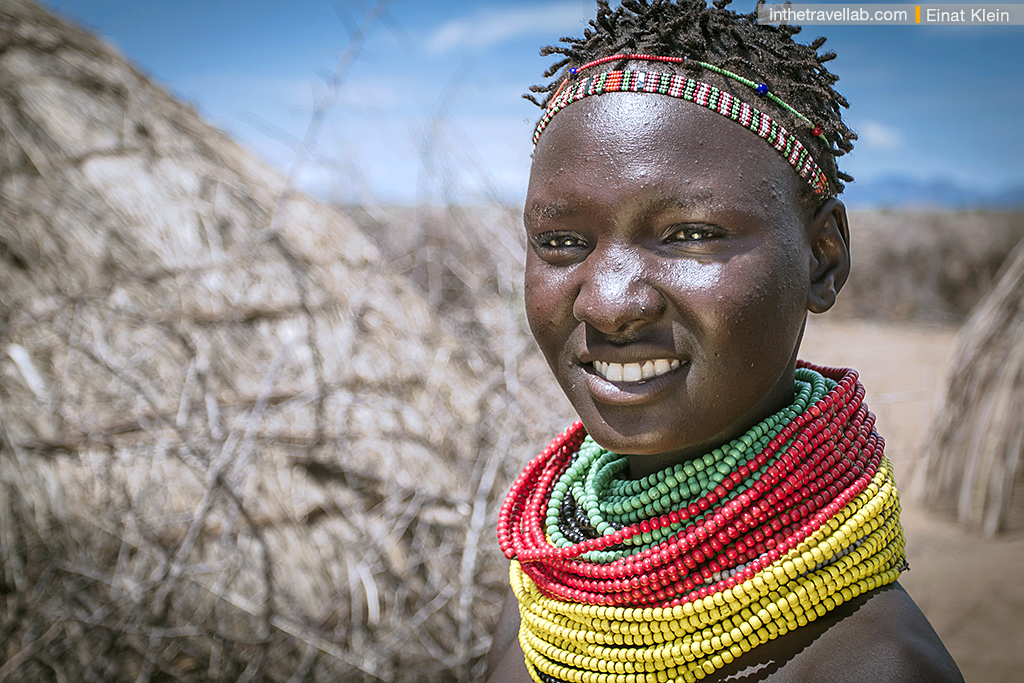 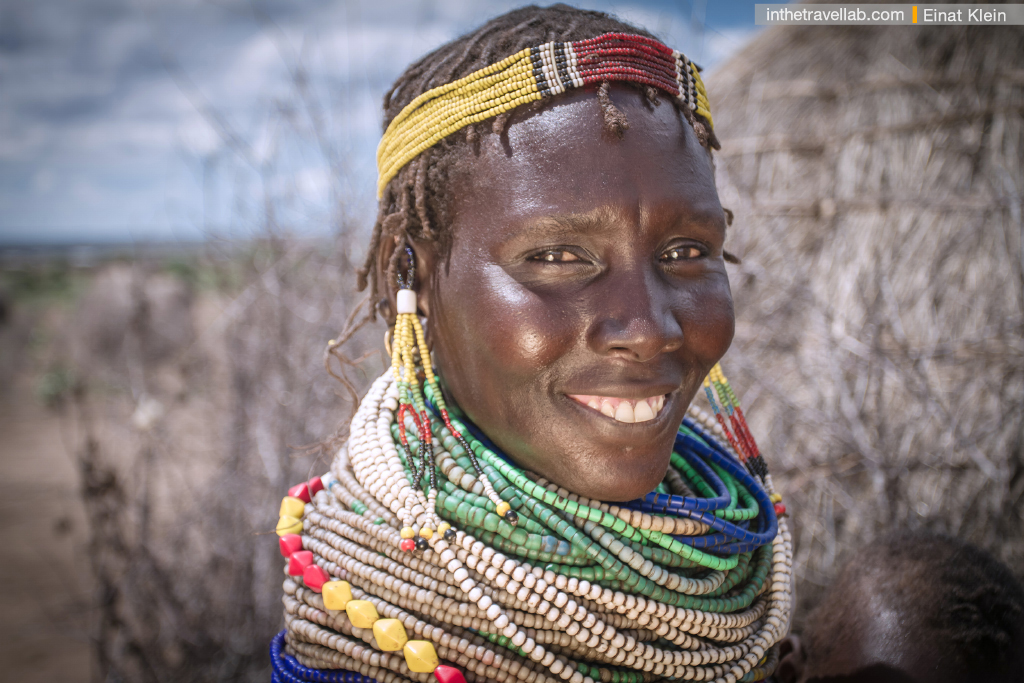 Now look lower. You can see two Nyangatom women, portraits of whom are on the photos above. One of them is married, another one is not. You can see it not only due to a body shape, or the baby on the hands of one of them. However, theirs skirts will give you much more accurate and truthful answer. The skirt of a unmarried women is made of goatskin, will be cleaned of lint, and it will always be embroidered with the bright beads. Married women’s skirt is always less bright, and not embroidered with multicolored beads. And, accordingly, the number of the bead threads on her neck is higher. 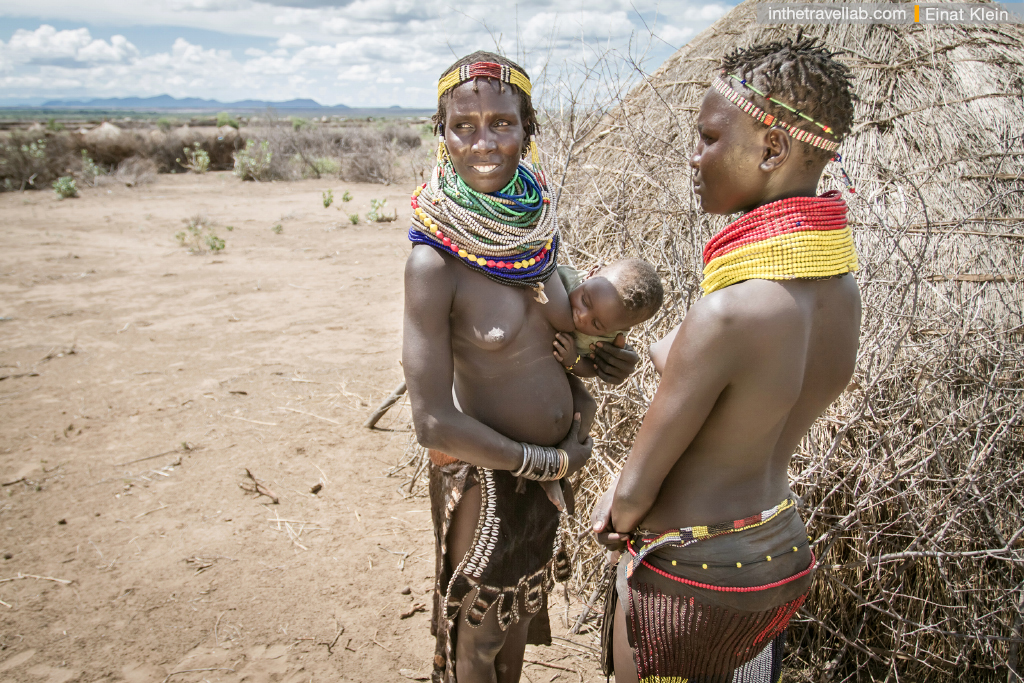 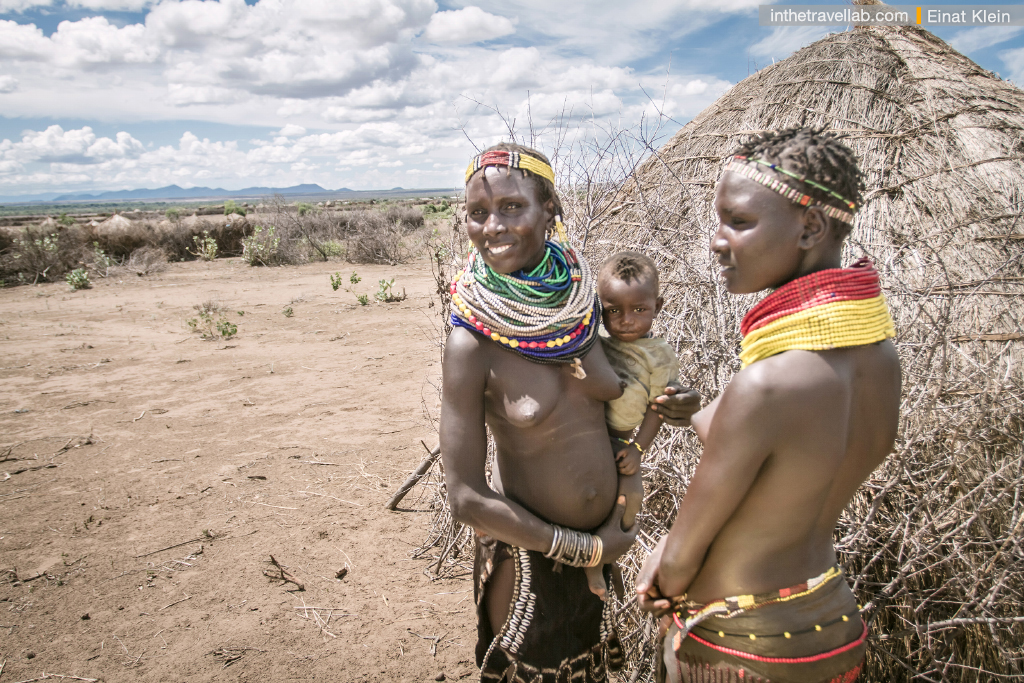 This woman in the photo below gave birth to a child around 10 days ago, but kindly invited me to visit. This is her home, and now she’s stirring soup with her right hand – it is lunch time . Under the checkered blanket deeper in the tent, the newborn is sleeping . She is not from the tribe of Nyangatom, but she married a local man, and therefore is forced to adopt the local customs. However, she is dressed in a more modern clothes that is more familiar to her, but the wooden beads around her neck are a sure sign of that now she belongs to the Nyangatom. 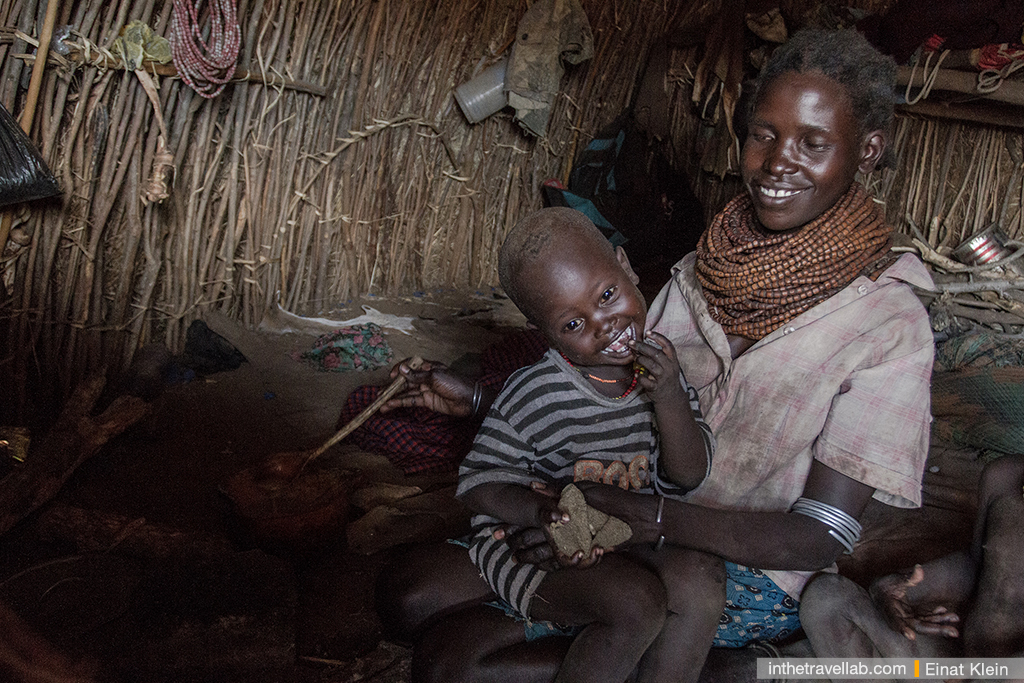 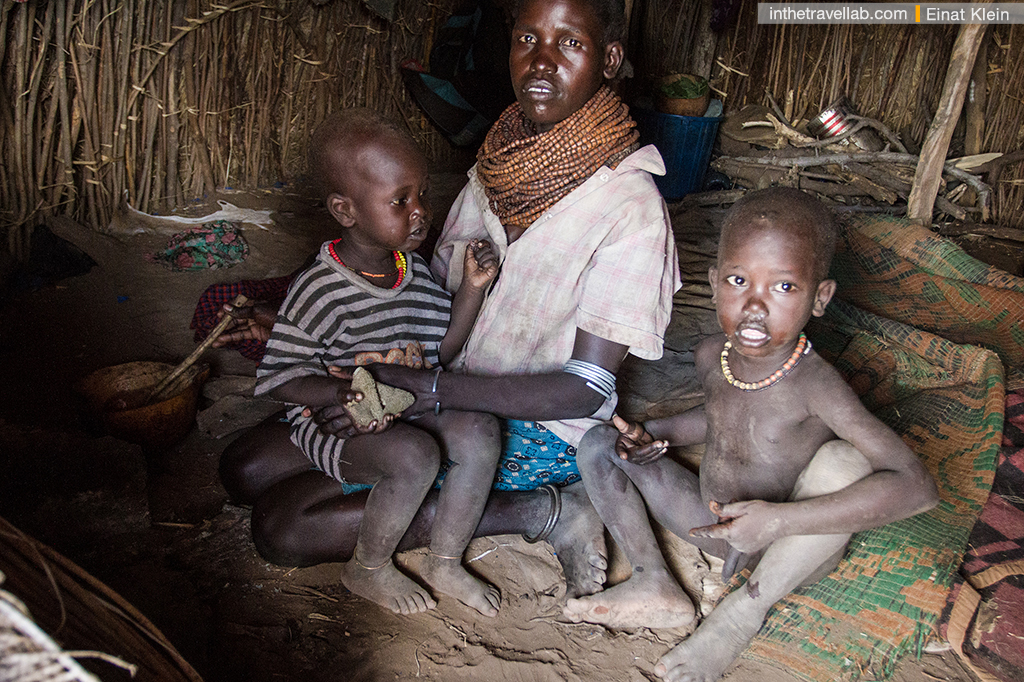 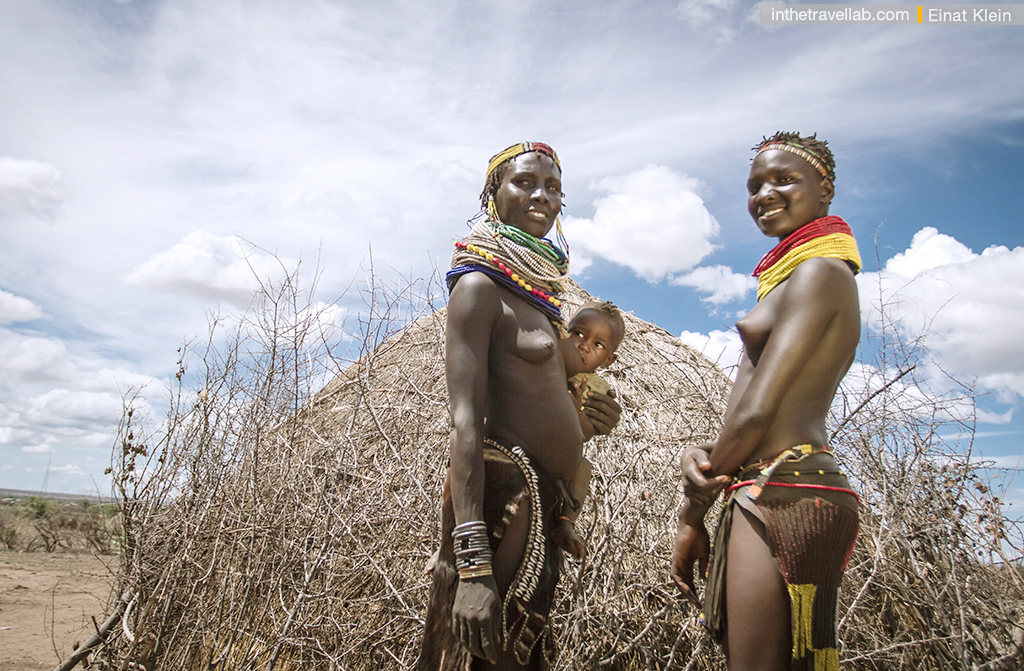